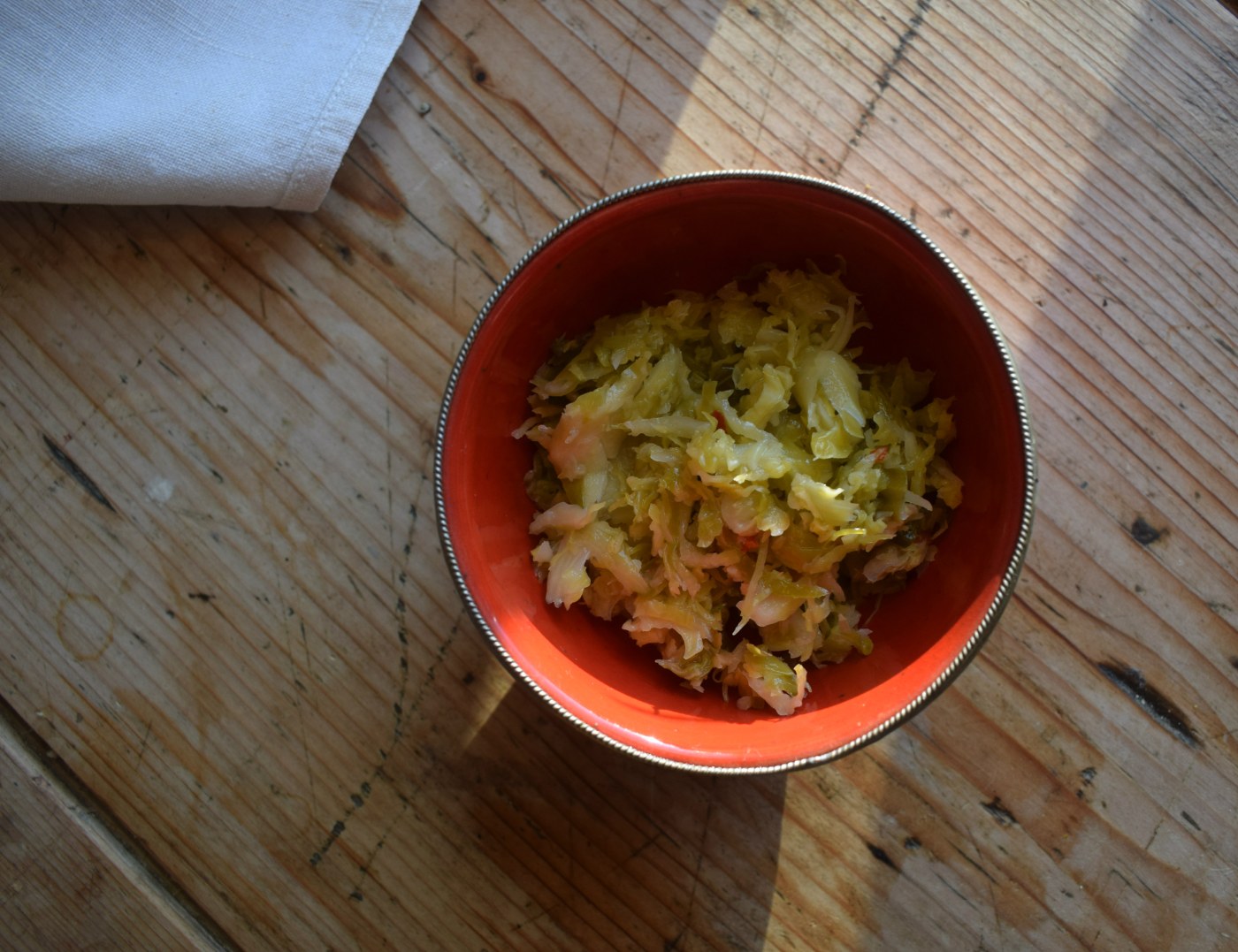 I try not to be too miserable about winter. It’s a time for reflection, for big, hearty, slow-cooked dinners, and for staying rested and replenished before a busy year ahead. But when it’s mid-January, an unending blanket of frozen snow and black ice stop you from even walking to the bus stop without fearing for your life, let alone getting out and doing any proper exercise, it’s tough to be positive, not even about dinners (which, trust me, I can always be positive about).

So when it’s in your power to make a literal superfood that’ll add some zing, some pep and some all-around ‘ooh!’ to your dishes, I say seize that power with both hands. You can do this. Kimchi believes in you.

I don’t know if I’ve mentioned it, but as a trained brewer and distiller, the OH is obsessed with fermentation. Seriously, he loves it. Our teeny flat is never silent, such are the hisses, pops and glugs emanating from the various jars, bottles and buckets that we have dotted round the house, the products of his evening projects spent tinkering about with yeasts – man-made and natural. I’m not complaining: our sourdough starter is four years old this year (tips on looking after your sourdough starter are here, FYI), and we’re never short on beer to take to gatherings.

I bought the OH Sandor Katz’s The Art of Fermentation several years ago, and this year he’s been playing with recipes for pickling winter vegetables. I couldn’t resist pinching these recipes for Brussells sprout kimchi, because it’s really bloody good (not to mention incredibly good for your gut). It’s kind of an acquired taste, but well worth it once you get into them. Plus, you’re so on trend, it’s irresistible.

As Sandor Katz says himself, you can use this basic recipe on pretty much any vegetable. The world is your oyster (or carrot, cabbage, beetroot, etc…) 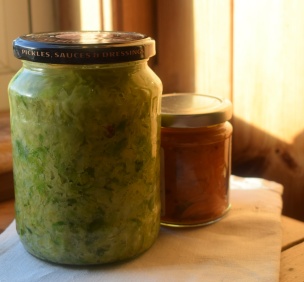 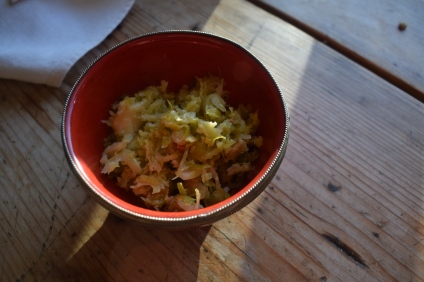 Makes 1 big jar (we used a jar that had previously held pickled gherkins, to give you an idea)

400-500g Brussells sprouts, with the manky leaves trimmed off
1-2 teaspoons of salt – we use flaked sea salt, but it really doesn’t matter
10g flour (ideally rice but whatever you have)
Flavourings – can include garlic, chillis, chilli paste, dried shrimp, whatever you fancy 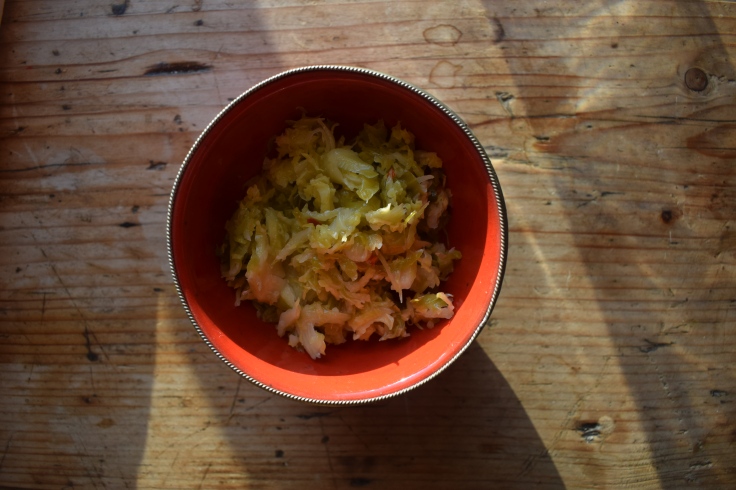