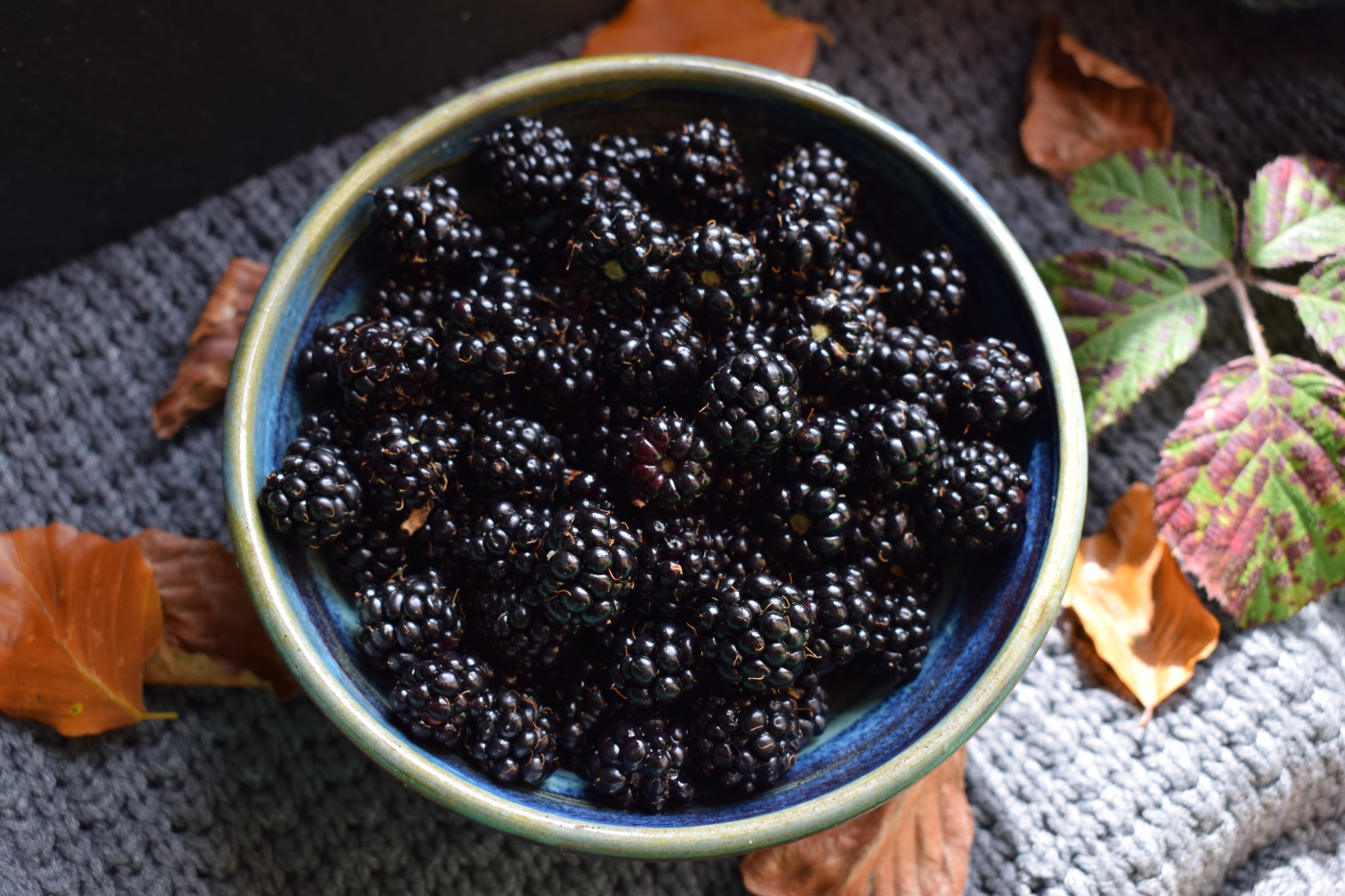 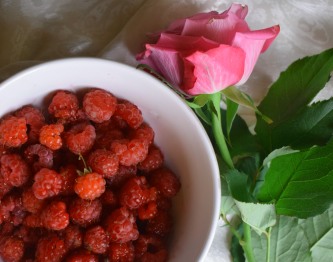 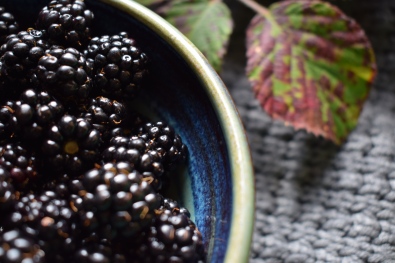 This is post is one of a series I wrote a few years ago as part of some food writing I was doing at the time. Sadly, the little bramble-munching loon-pupper mentioned down the page is no longer with us, but I liked the reminders of her, so I kept the mentions in.

Interestingly, there is a very definite divide between Scotland and England in terms of what to call this much-loved hedgerow fruit – here in Scotland they call them brambles, but I was raised calling them blackberries. Honestly, I got a lot of perplexed looks in the office when I presented my Blackberry Crumble Cake for comment.

Anyway. These rules also apply to wild raspberries, which are still my favourite surprise find since moving to Scotland. How amazing is it that you can pick raspberries here??

Autumn is a fantastic time for all kinds of home-grown goodies, long muddy walks and cosy evenings in by the fire. The weather has been pretty atrocious over the last couple of weeks – handy if you have a grumpy little dog who would like the world to herself, not so handy if you had a lot of hopes resting on a mid-autumn blackberry crop (blackberrying post-monsoon is never enjoyable).

Do not write a poem about it.

Seamus Heaney I’m talking to you. 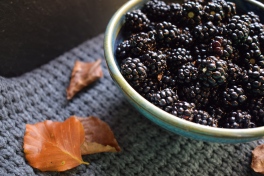 Psst – hop over to my page on how to make jam from the fruit you’ve picked! (It’s not as hard as it looks!)

One thought on “Bramble etiquette”